It’s probably no secret that teens can be a bit… well let’s just say, teenagers.

My daughter has always been a bit crafty but for the last couple years she didn’t like to admit it and was fairly vocal that she thought the crafts I do aren’t usually to her style or liking at all.  But something changed recently.

After close to a year of talking about it on and off that she wanted a new bed and the best way to get what she wanted was to be a part of making it she agreed.  A few months ago after great plans from Ana White she is the proud owner of a new Pottery Barn style platform bed.  You can check out the plans we used here.

Forgive the slightly messy bed, it is a teenagers after all and the pictures were taken in secret and without the best light. 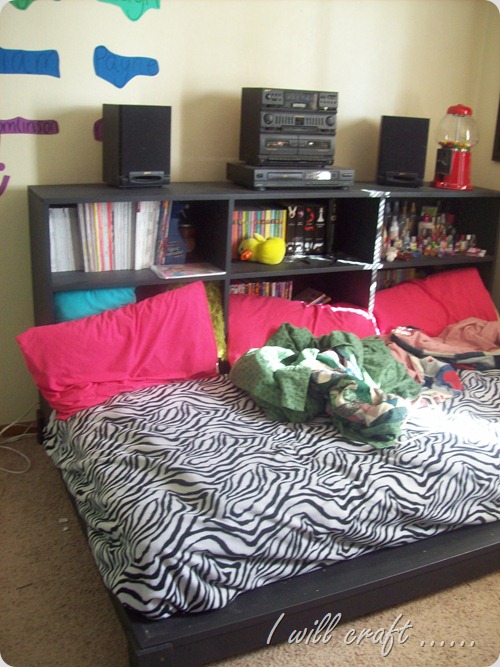 We modified the plans a bit to suit her room and I don’t think she could be happier with her new bed.   With the help of a wonderful brother in law and sister we built a twin platform bed with a modified bookcase facing toward the bed.  It even has some secret compartments for unseen storage. 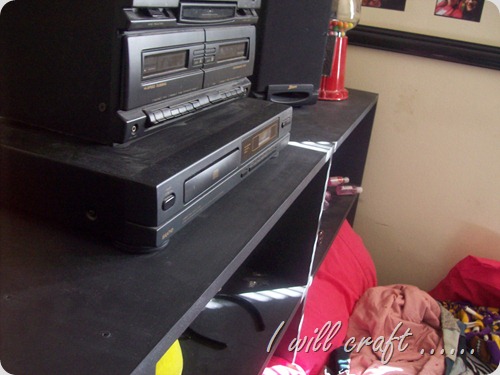 Along with a new bed we put up a large chalkboard with some molding and chalkboard fabric. 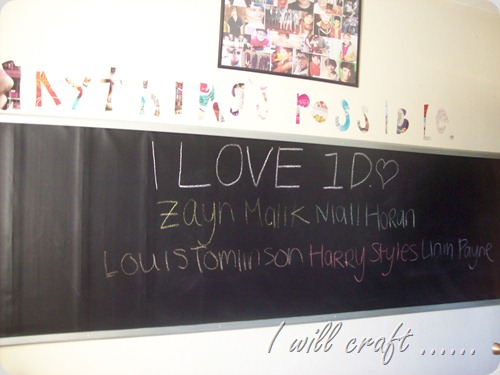 After seeing lots of crayon art myself I was surprised to find out that my daughter wanted to make some of her own.  I had some canvas boards that she painted black and then arranged and melted crayons onto them. 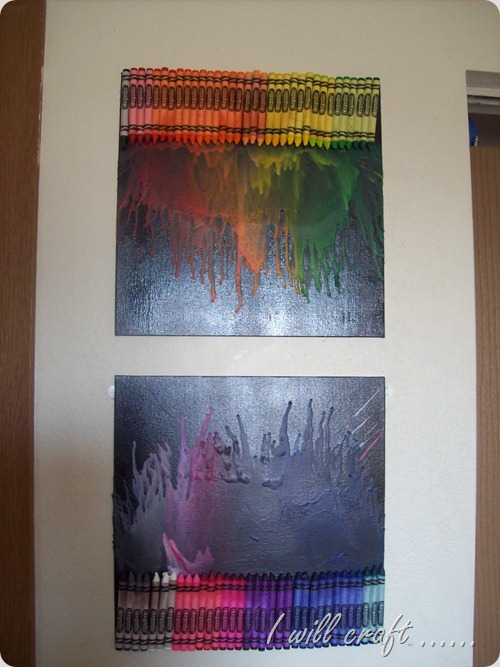 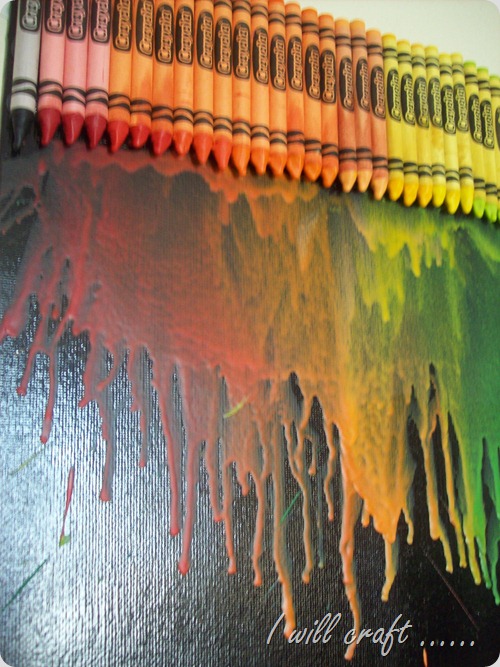 The dark colors didn’t show up as well as she may have liked but I think the whole display turned out great. 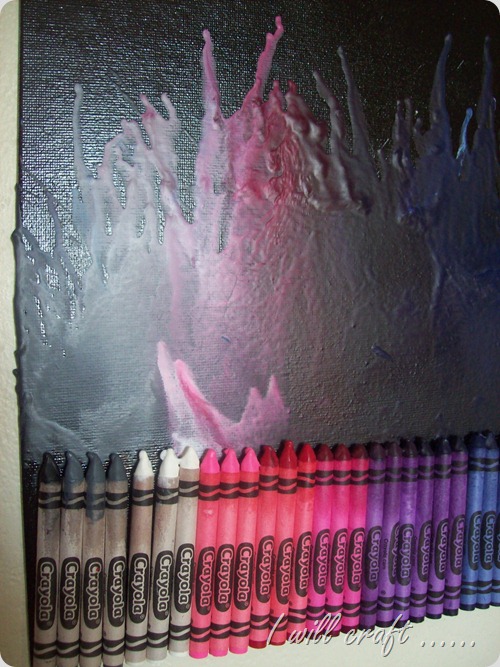 After trying another shape she asked to use a large frame as a display piece in her room to showcase some of her pictures. 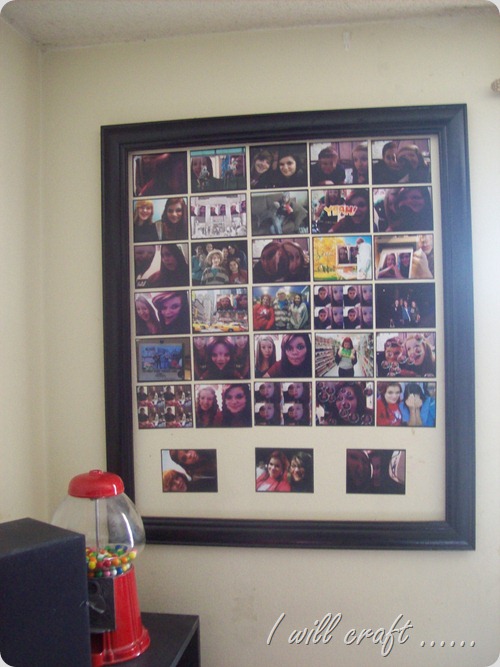 And to show her latest love there are lots of the teen sensation group One Direction all over her room. 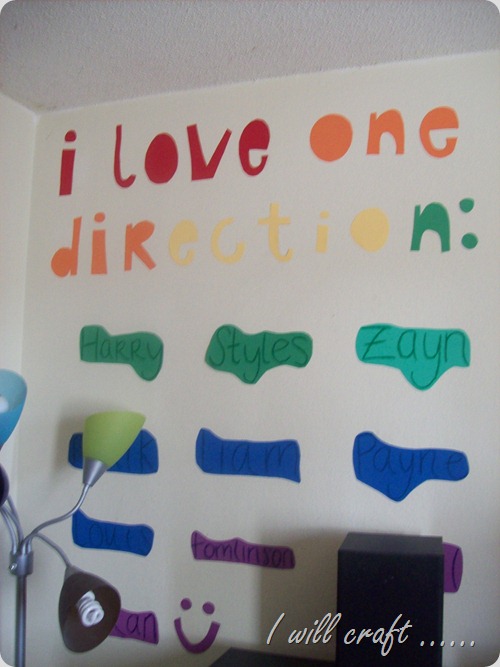 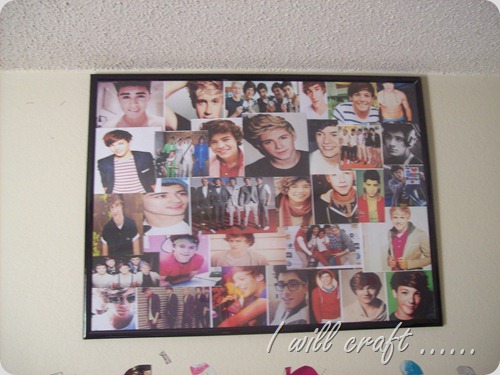 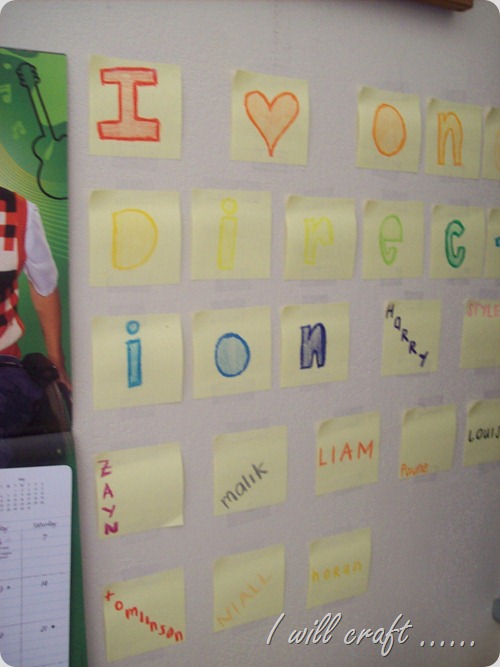 And what I was most surprised about was her picking out some wood accents and painting them with Glitter Blast to use as accents on her chalkboard. 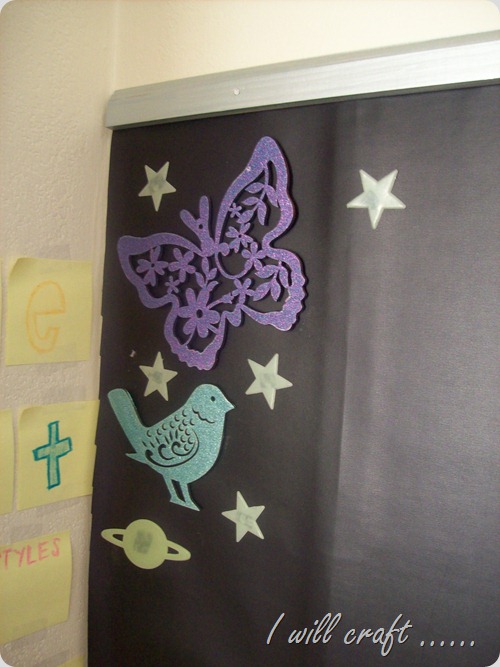 I have to say, my daughter is kinda crafty.

Just don’t tell her that I told you as she is a teenager after all and probably doesn’t want to be know to enjoy the same thing as her mother.

Feature Yourself Friday at Fingerprints on the Fridge
Hodgepodge Friday at It's a Hodgepodge Life
Catch as Catch Can at My Repurposed Life
Flaunt It Friday at Chic on a Shoestring
Weekend Wrap Up at Tater Tots and Jello
Saturday Nite Special at Funky Junk Interiors
Anti-Procrastination Tuesdays at New Nostalgia
Show and Tell at Blue Cricket Design
Make it Yours Day at My Backyard Eden
Whatever Goes Wednesday at Someday Crafts
Hookin up at HOH
Posted by ArtfullyJune at 10:46 AM